The 11:11 Synchronicity and the Twinflame Union

The number 11 is a spiritual number that has powerful numerological significance. The number 11, and the double and triple 11's are especially important and tend to show up in unusual and unexpected ways around the time of a twinflame connection.

The 11:11 often manifests around the time when a meaningful soul connection is taking place, and also whenever a life changing event is about to occur.

Around the time of a twinflame connection, synchronicities will begin to occur more frequently, indicating the importance of the union. The number 11 is often considered to be the twinflame number, and the 11:11 has a special meaning in the twin soul connection.

The 11:11 synchronicity will start to 'pop up' in unexpected places when one is soon about to meet their twinflame, or soon after meeting them. It will also show up from time to time throughout a twinflame relationship, usually during important transitional points in the union, or whenever powerful energetic shifts have occurred for one or both twins.

The 11:11 is sometimes a 'wake up' call for twinflames. It can become a trigger for each soul helping them to awaken them spiritually in preperation of the re-union.

The 11:11 reprents many things in a twinflame connection. The number 1 itself represents the 'oneness', or unity. The two 11's coming together can represent the merging of the two twin souls coming together in union.

The double 11's also symbolize the concept of polarity which is a powerful dynamic in a twin soul connection. The feminine and masculine energies are present in each twin soul regardless of their physical gender.

11:11 also symbolized balance, another important theme and lesson for twinflames. The double 11's side by side can represent the mirroring that takes place in a twinflame union. Because twinflames are connected on soul level, they often reflect and project the light and the dark that exists within the other. The purpose of this is so the twin souls will learn to balance the energies within themselves, as well as heal any issues they might have in order to co-create harmony with one another. 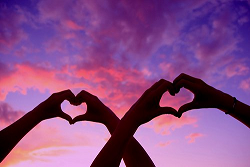 Any energetic imbalances between the twin souls can result in much pain or chaos. Unlike a soulmate connection, energies within a twinflame union become amplified (or doubled!). Unconditional love is the key to creating harmony in the twinflame union.

The 11:11 symbol reminds the twinflames that this is a powerful spiritual union. Twin souls will often come together with a similar purpose or to prepare for their individual missions on the planet. These numbers remind the twins to pay attention to the spiritual guidance they are receiving at the time.

The 11:11 can also symbolize the bridge or gateway between the two worlds, the physical plane and the spiritual plane. When twinflames come together in their hearts, a portal or opening is created that will allow them to communicate with each other and with the higher planes more easily.

The double 11's also represent the conscious and unconscious mind. In a twinflame union, anything that is unconscious is brought to the surface to be made aware of and healed.

In a twinflame connection, the 11's will manifest frequently during times of accelerated soul growth, or whenever a doorway of opportunity for healing is taking place or about to occur.

It is especially important during these times in a twinflame connection to be as honest and true to one's self and twin, as well as work on self healing, self acceptance and self love, since what effects one twin can effect the other, even at a distance.

11:11 Soulmate Synchronicity The 4 Simple Steps that will bring your soulmate into your life -advertisement- 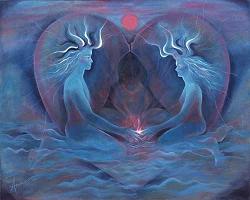 A SYNCHRONICITY is more than just a "meaningful coincidence". It's very common for Synchronicities to start happening more frequently during a twinflame or soulmate connection. The 11:11 number synchronicity will usually pop up right before or soon after a soulmate appears in your life. The 11:11 Synchronicity Meaning in a Soulmate Connection

Synchronicity and Twin Flames About synchronicities in a twinflame union.

The 11:11 Soul Connection The connection between the 11:11 and Twin Flames